The planetarium is situated outside the circle of the astrolabe with a scale of 0 – 360 degrees. The planets Mercury, Venus, Earth, Mars, Jupiter, Saturn, are visible behind the dial. The 12 zodiac signs are displayed on the dial. Where each planet in which constellation stands is easy to read. The sun is positioned in the centre of the dial. In this astronomical clock the planets turn counter clockwise in sidereal time (see the table below for specifications). 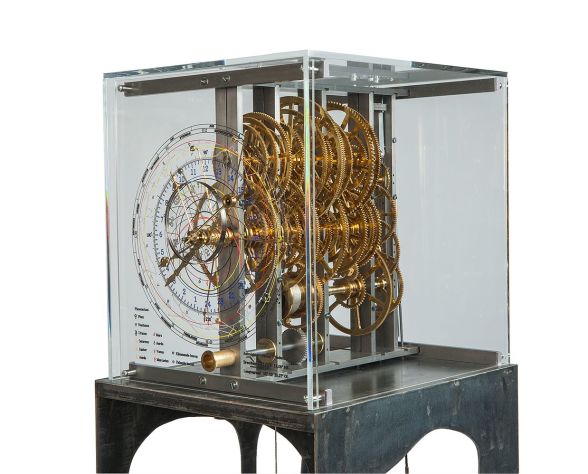 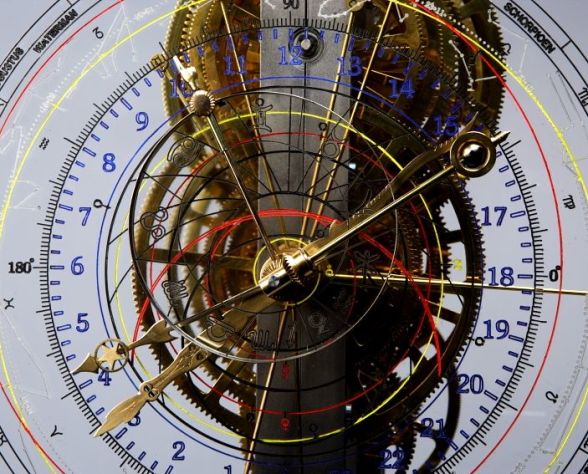 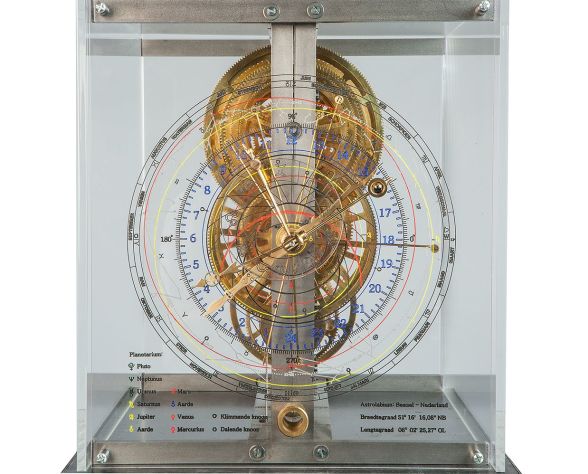 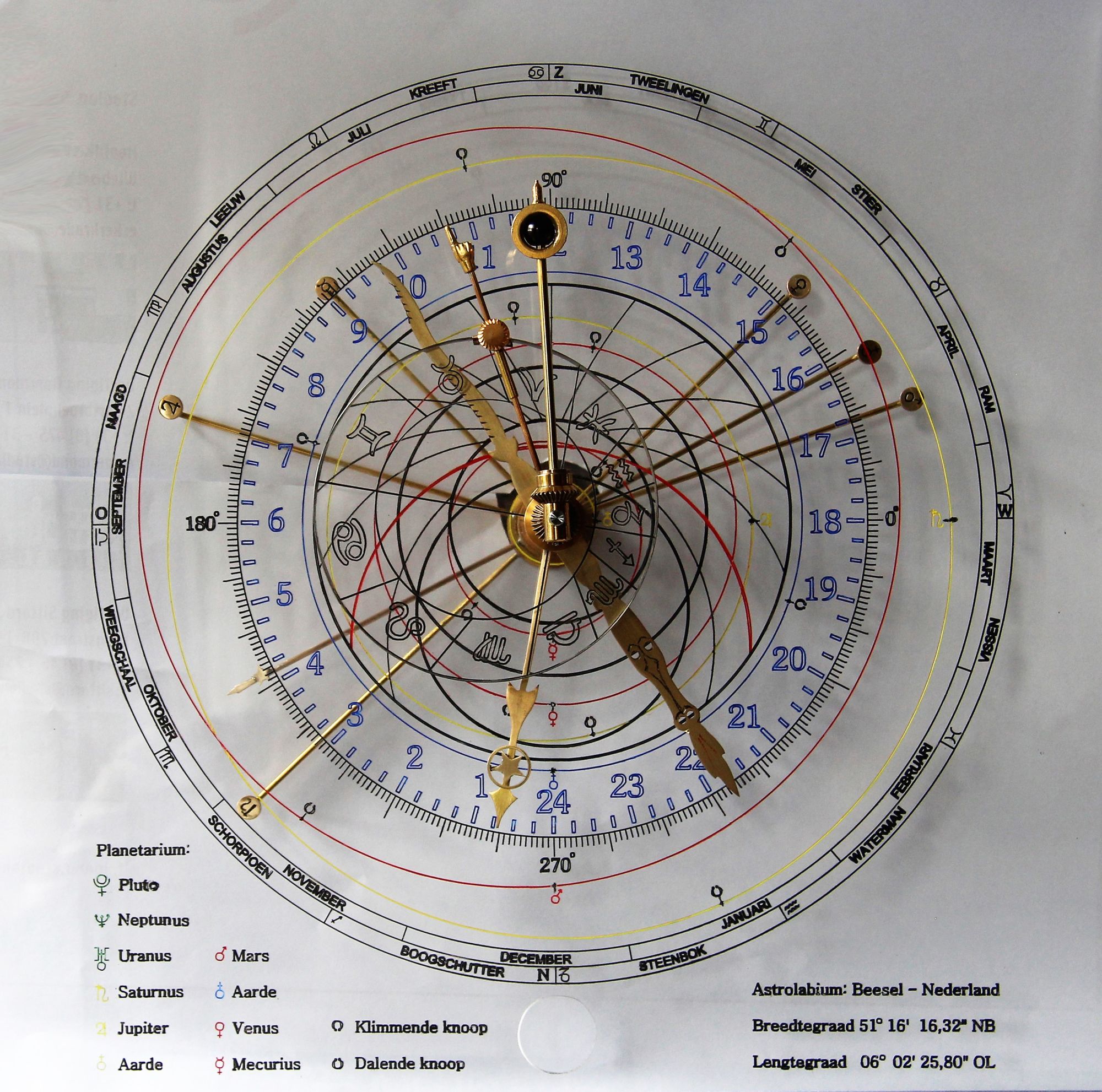